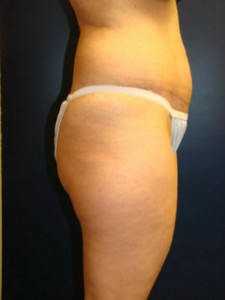 "When it seems as though you should give up, HOPE whispers, try it one more time".

In December of 2010, my friend, a native of southern Indiana got the startling news that her breast biopsy was positive for stage one breast cancer.  Literally, on the very same day that she had an appointment to see Dr. Conkright about an Abdominoplasty she became aware she had a malignancy.  Prior to this always focused on her family and her demanding job, she left very little time to focus on herself.  Finally, she had made plans to take care of the abdomen that childbearing had left her, only to be faced with this uncertainty.  A lumpectomy and a course of radiation followed through the spring of 2011.  A negative mammogram a BIG OK and encouraging words from her oncologist led to a plan to proceed with the Abdominoplasty December 2011. Now in her words, "my clothes fit better, my posture is improved and I really appreciate all the flattering comments from my friends".  This mother of two successful children is such an inspiration!

A survivor that listened to "what HOPE whispered".